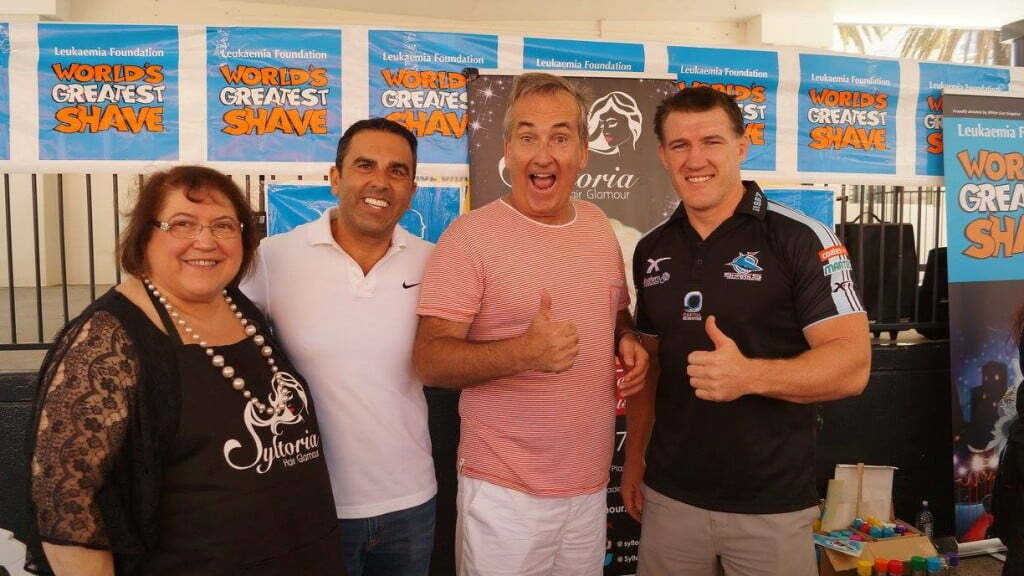 You cannot get any more local Cronulla talent than this on one stage, and all in the name of raising money for the Leukaemia Foundation.

ARTvertise Promotions for the 2nd Year in a row, has arranged the World’s Greatest Shave Event on Cronulla Plaza Main Stage on Saturday 12th March 2016. A BIG thank you to Cronulla Sharks and NSW Blues Captain, Paul Gallen and to our local celebrities Glenn Wheeler and Sutherland Shire Mayor Carmelo Pesce, and client Syltoria Hair Glamour for giving up their time to be part of this annual event.

Glenn Wheeler was fantastic and took great pleasure in SHAVING Paul Gallen’s hair. He was such a good sport and loved being up on the stage with the mic, he was loving being back in the limelight. It was such a great thing for the Cronulla Community and ARTvertise was proud to be a part of this event and raise funds for this charity.

A fun time was had by all, especially when the Mayor took the chair and had his hair painted by Cronulla Sharks Captain Paul Gallen. And what colour do you think the Sharks Captain painted the Mayor, BLACK WHITE & BLUE of course. On the eve of the Cronulla Sharks Playing the St George Dragons, Paul Gallen even got revenge on a St George Fan, when he offered to scalp the dragon, who didn’t mind at all as it was all for a good cause.

The event was a huge success and generated a lot of interest in the Local and Social Media. The ARTvertise and Syltoria Hair Glamour team ended up raising a whopping $4,639 from our World’s Greatest Shave Event and our Online Shavers. This is $1300 more than last year.

Thank you to everyone who came down and coloured, shaved or even just donated. Also thank you to the local businesses who supported us with prizes especially Ascendance Academy, Cronulla Curves, Mad Mex, Priceline, Frangapani Gelato, Fingertipz, Essentials for Home, Mamm International and East Coast Asethetics.

For more information check out our story on Channel 7’s “The Morning Show” with Kylie and Larry. https://au.tv.yahoo.com/the-morning-show/a/31104081/glenn-wheeler-shaves-paul-gallens-hair-for-worlds-greatest-shave/ 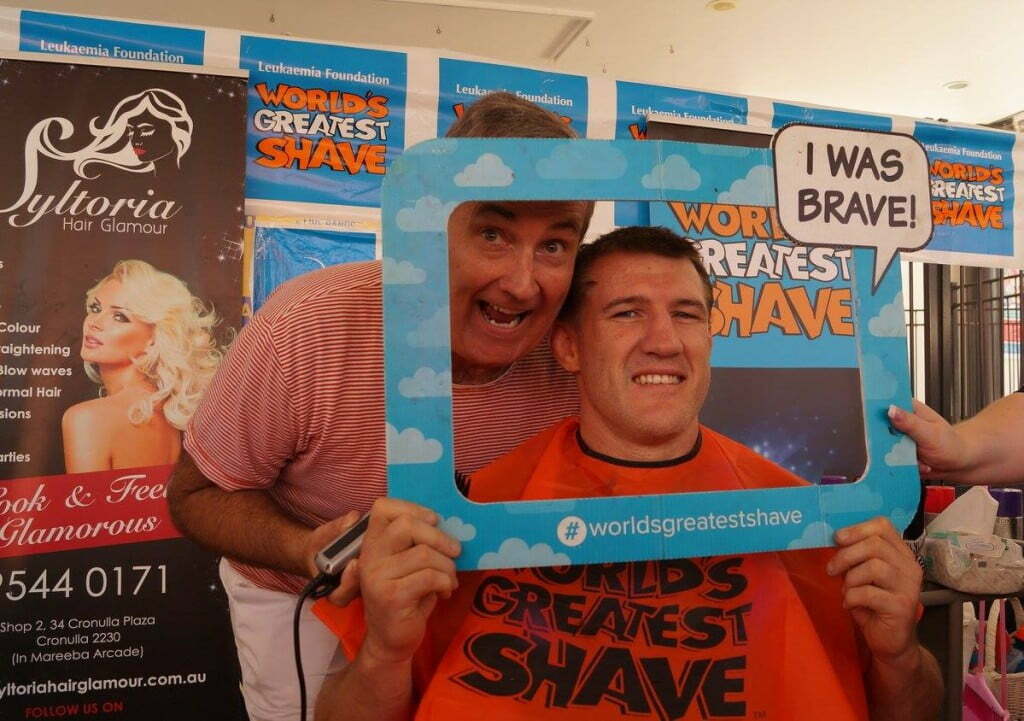 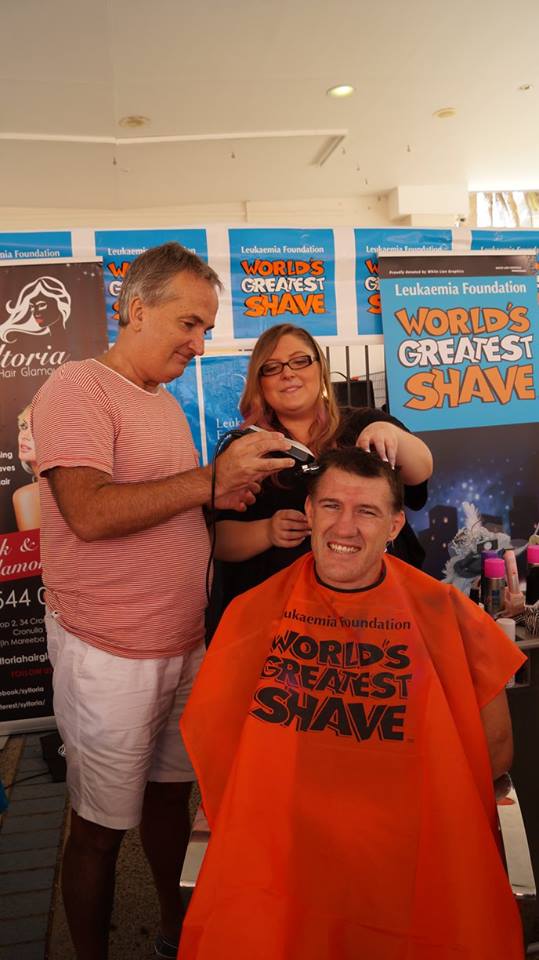 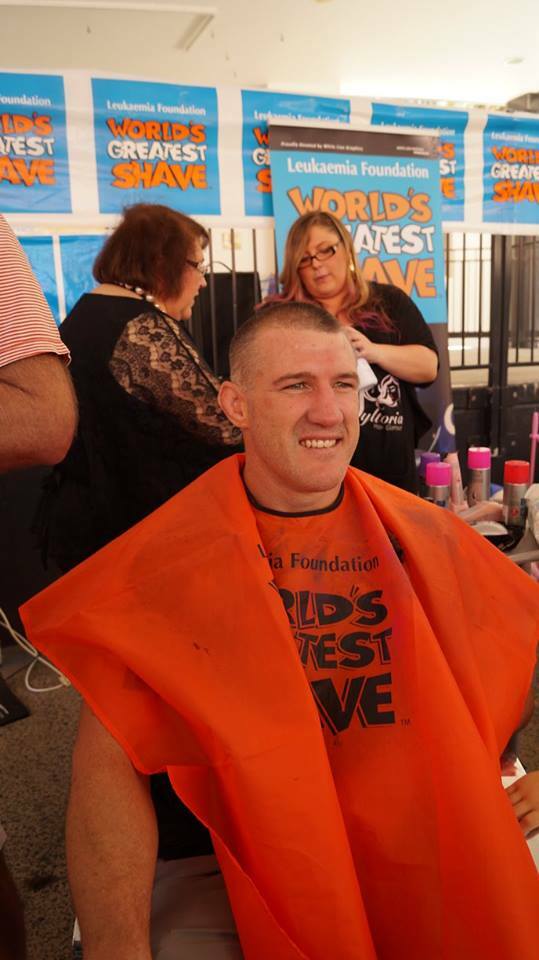 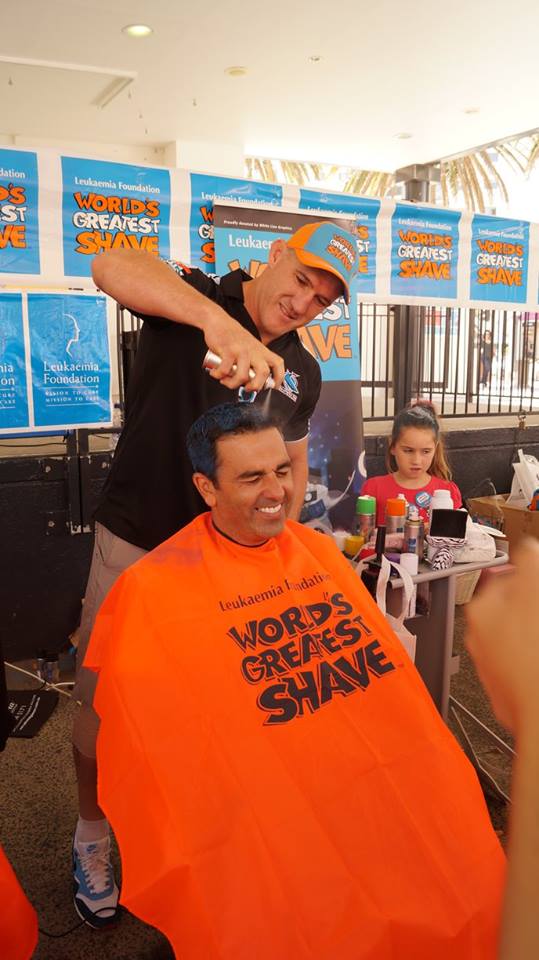 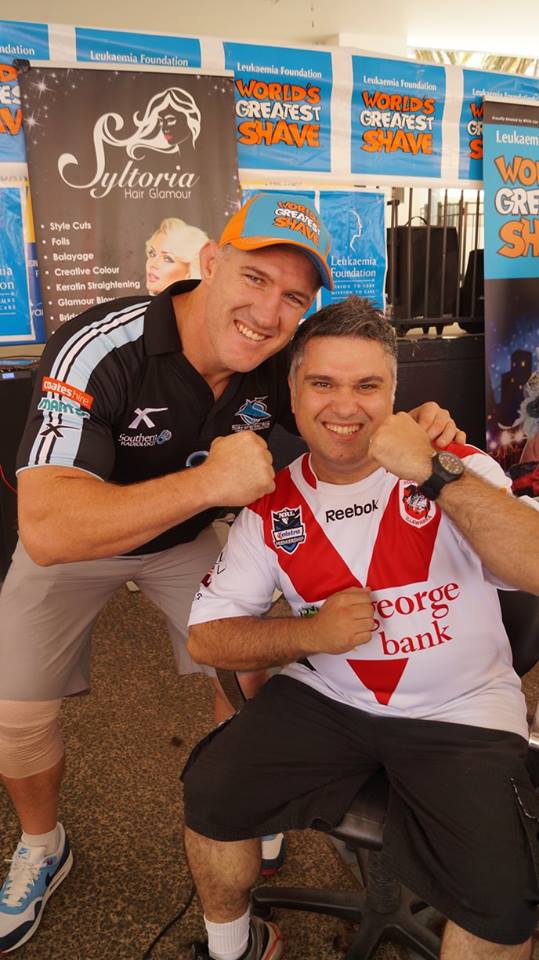 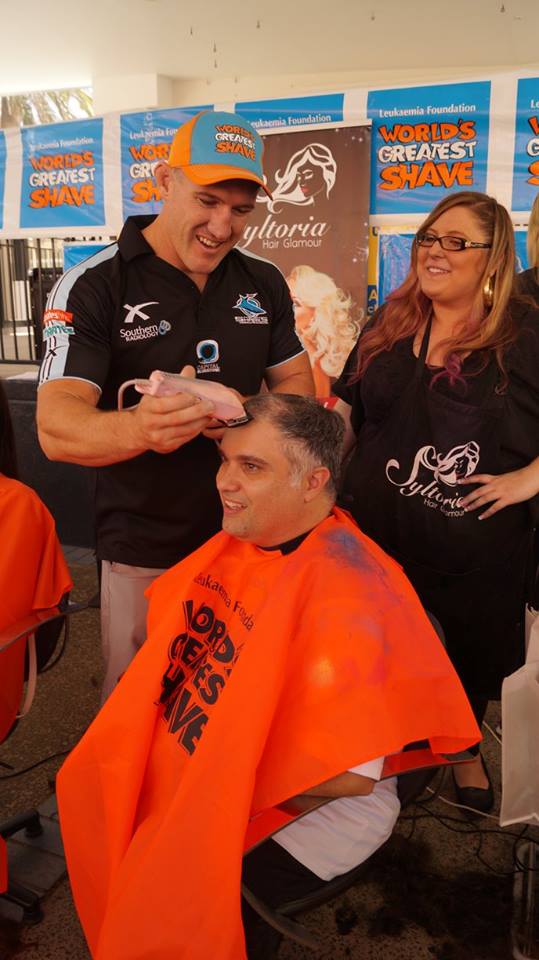 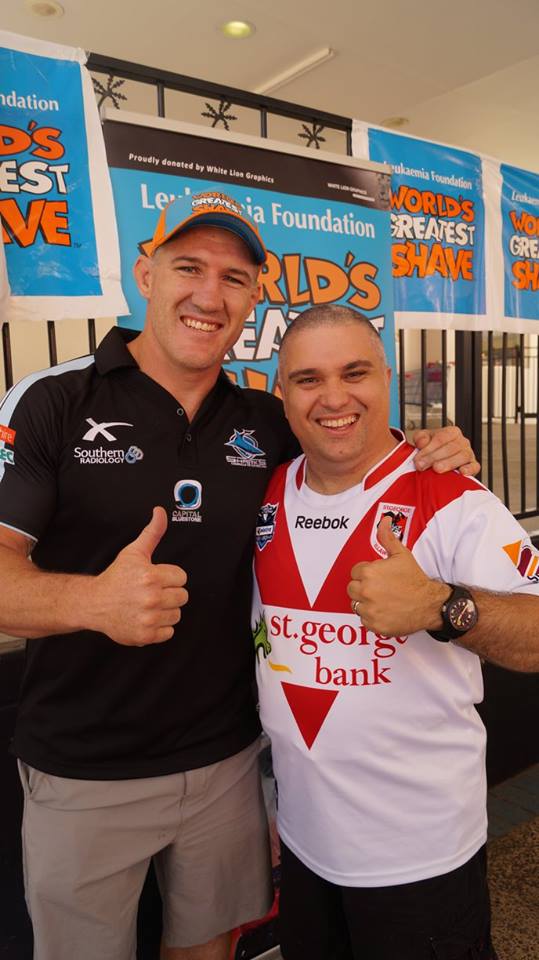